Why I support Seafarers 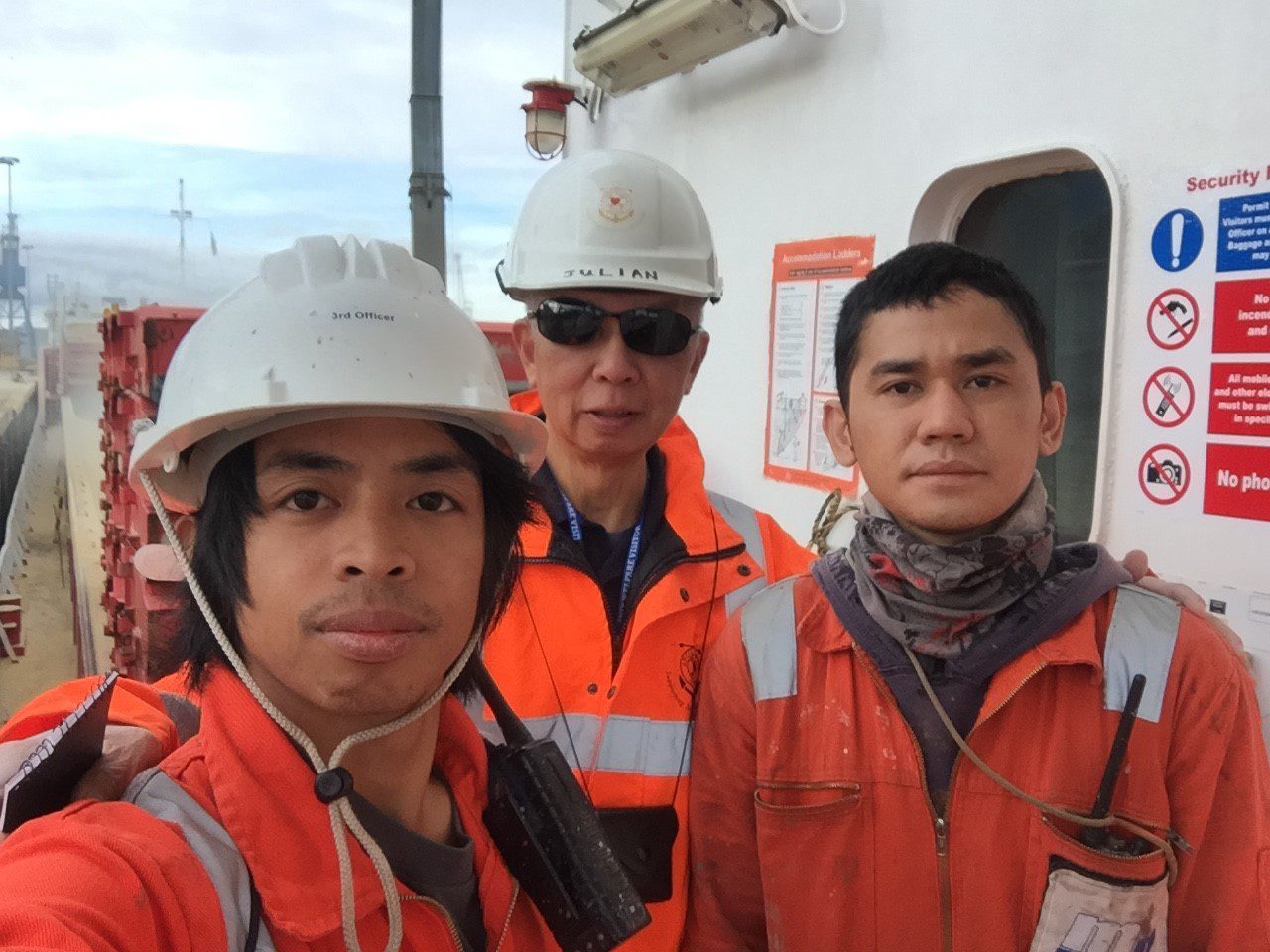 They say “a picture paints a thousand words”. So, in your own mind, what is going through your thoughts right now when you look and study this photo that was taken on a lovely Saturday morning on 5th October 2019?

Since I started visiting ships back in December 2015, I have taken lots of photos of seafarers and they all tell a different story. Most of these stories were happy ones, they remind me of the friendship, the warm welcoming I receive on board or the amazing feeling of having given Holy Communion to a seafarer or seafarers on deck in the midst of all the noises and going on around us.

However, this photo that was taken on the 5th of October 2019 will stand out as to why Stella Maris ship visitors and port chaplains provide such a crucial role in supporting the seafarers.

On Wednesday 2nd October 2019 at about 10.00am, a cargo ship, Damsterdijk, was docking at Ipswich Port. The line broke and an Indonesian seafarer died after suffering a fatal injury to his leg, resulting in massive blood loss. I learnt about this incident 2 days later and the next day, I decided to make Damsterdijk my first ship to visit. The ship had already been visited by a Stella Maris port chaplain on the day of the incident. I knew the crew would be traumatised and as I was also a Eucharistic Minister of St. Mark’s Catholic Church in Ipswich, I felt the urge to want to provide additional support – pastoral, religious, emotional or psychological to the colleagues of the seafarer who had died.

On my arrival and upon boarding Damsterdijk, I was met by 2 Filipino seafarers on deck duty. They were still very shaken up and traumatised by the incident. Very few words needed to be said by either of them or myself and some of the few words spoken on deck were the prayer Our Lord taught us. They were offered and accepted holy communion. They then asked if I would pray over the spot where their colleague suffered the fatal injury. A simple prayer was said which I hoped would help bring some comfort to them. I also blessed the spot and themselves with holy water taken from St. Mark’s church. They asked for the remainder of the holy water to be kept for their colleague who were having his rest period at the time of my visit. The 3rd officer took a photo as a remembrance of that day. This photo clearly stood out among the many photos I had taken with other seafarers on my ship visiting because each time I look at it I see the strains and pain on their faces – reminding me each time why this ministry is so important and why I am so privileged to be part of it. Seafarers are thousands of miles away from home, from their love ones doing a job so that we can live the lifestyle that we take for granted and that’s because 90% of everything we need in our everyday life comes by sea.

They are invisible to most people and it is part of our role as Stella Maris port chaplains and ship visitors to make them visible to the general public. We owe them so much and the least we can do is to support them and that is one of the main functions of Stella Maris.