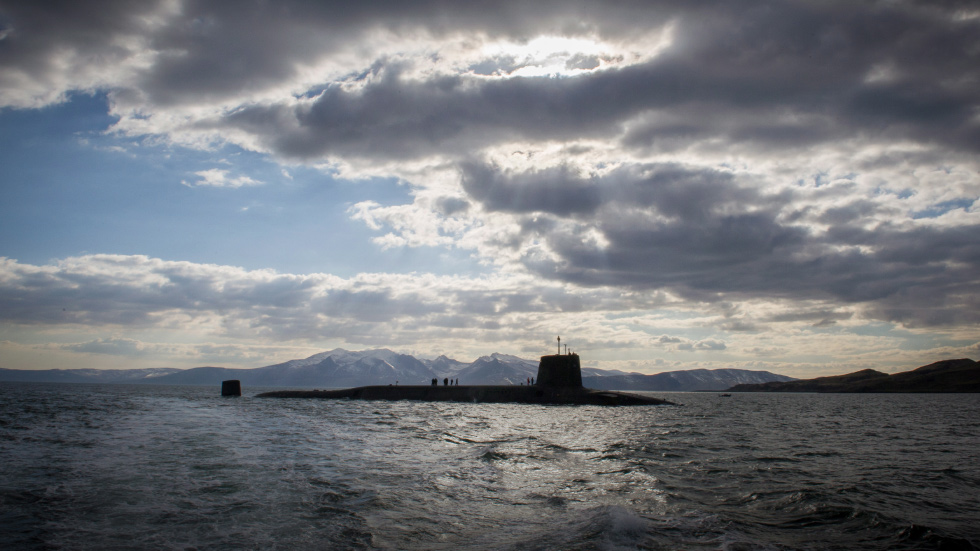 What a proud day it was for the whole family when our son, James, ‘passed-in’ to the Royal Navy at HMS Raleigh, Torpoint, Cornwall. He had trained as a chef and was to join HMS Bulwark. Sometime later, he decided to re-badge as a medic. To do this, he had to join the Submarine Service ‘for a short time.’ Again, we were very proud the day he drank his measure of rum and caught his dolphins, the badge of service, in his teeth. He went under the sea in HMS Victorious. It was not an enjoyable time for him or for us, especially as part of his job was to measure the radiation from the nuclear engines. I know how little I would have enjoyed being closeted a long way under the oceans, even in such a magnificent vessel as Victorious, which we had the opportunity to explore before he sailed in her. When the time was appropriate, he asked to rejoin the surface fleet. This was not to be, and he served the rest of his time as a Navy medic in a dispensary in Gareloch. He was not treated well by the Navy or the MoD, but that is another story. As I had told him very early in his career, loyalty is very often a one-way street, something you give to a person or organization but don’t get back. Despite his troubles at the end, James had the support of his family to rely on. For so many mariners, that is not an option.

My retirement brought Jean and I the opportunity to travel more. We had our holiday of a lifetime in New Zealand and cruised home to the UK from Auckland. This was a wonderful experience, due in no small part to the service we received from many, mainly young, seafarers in the guise of cabin stewards, cleaners, chefs, bar staff and waiters, not to mention the engineers, electricians and other workers that we never got to see. Sunday church services on this long cruise were few and far between, even though we had a semi-religious get-together most Sundays in the theatre. One highlight was the Easter Sunday service in one of the lounges for passengers run by a retired C of E priest, our good friend Carla Hampton. It was a lovely service but I was saddened to see many young members of staff clustered at the doors of the lounge, looking on like the publican in the temple, hoping to pick up spiritual scraps like Lazarus at the rich man’s door. It was in considering the lot of these hard-working people, so far from home, who looked after us so well, that made us decide to support the Apostleship of the Sea, as your organization was called at the time.

The difficult life of cruise ship staff was brought into much sharper focus for us on our next, much shorter cruise. Our cabin steward, Made, (pronounced Mah day) was the star of the show. He kept us well supplied with tea and biscuits above and beyond the call of duty and produced a different towel creature for Jean each evening. His Mona Lisa moment came when he crafted a realistic, but white, crocodile, eating Pringles crisps. He always had a ready, friendly smile and was very chatty. He showed us a photograph of his baby son, taken when he had last seen him, aged three months. By this time the son was seven months old and Made was not going to be able to see him again for another five or six months. He still keeps in touch on Facebook. There is now yet another addition to his family.

How cheerful he was. How lucky we are.