Seafaring is in my blood 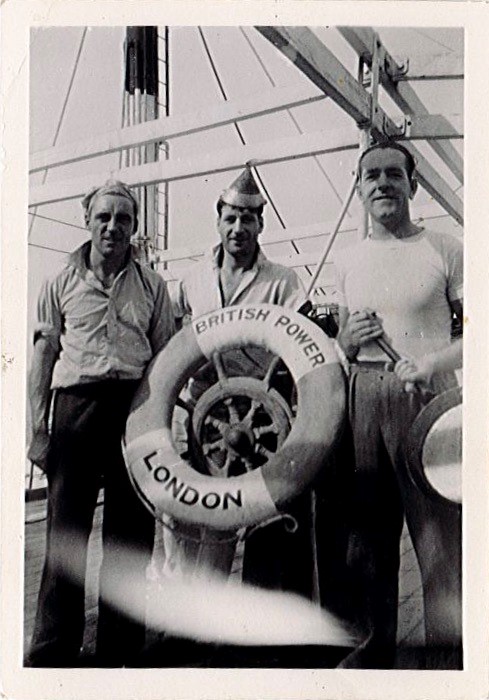 My own links with the sea go back for generations prior, to sailing ships built and sailed by my ancestors.

More “recently” my Grandfather, Daniel Black, the elderly gentleman pictured, was involved in the build of Titanic.

My father, Daniel Anthony Black (Danny), in uniform and also on the far right of the “British Power” photograph, ran away to sea in 1931 when he was just 14 years old. After World War II, his was the first merchant ship into Osaka, the starving people greeted them like heroes.

Ship’s carpenter, Tommy Black, Danny’s younger brother, (pictured on deck with the bucket), was the sole survivor of a shipwreck, his British tanker was torpedoed by a U Boat in the North Atlantic in 1942.

Keeping up the family tradition, my younger brother, Eric Black, (pictured in the oval frame),  graduated a Marine Engineer from Nautical College in Glasgow and went to sea with B.P. In the 1980’s Eric visited the Stella Maris when he was in various ports from the U.K to New Zealand.

There is an old Stella Maris ‘Apostleship of the Sea’ prayer book on the bookshelf of his yacht ‘Mooncrest’ to this day.

Seafaring is in my blood. This is why I’m proud to be associated with Stella Maris. Keep up the good work.