Meeting the light of my life 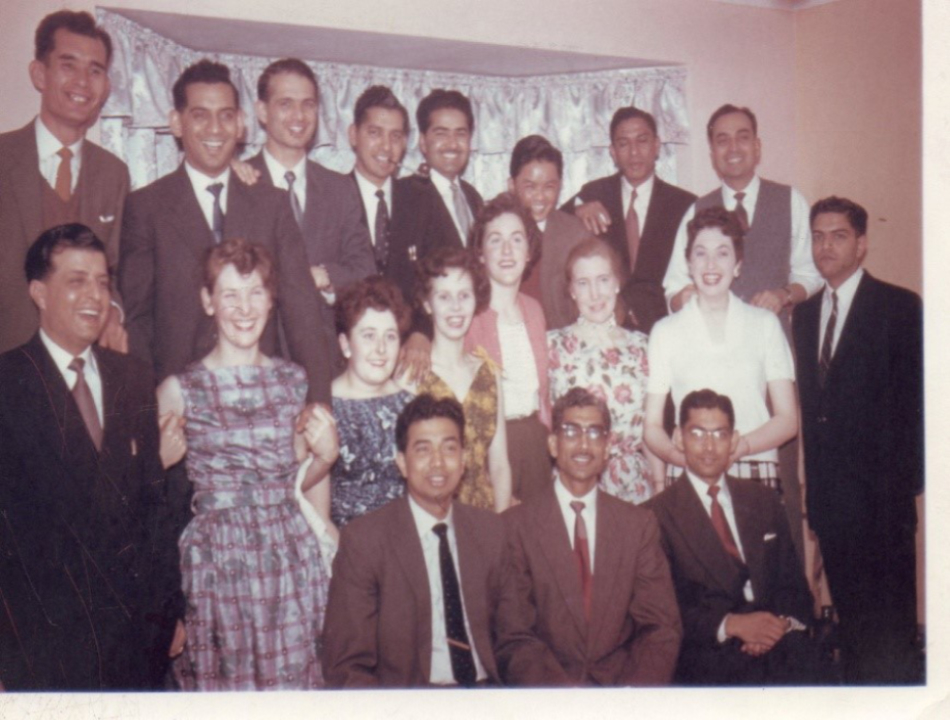 I came to the UK in 1955 to obtain my certificates of competency as a marine engineer and made London (Poplar, East End) my ‘home’  port because I had a cousin living in West London.

As I came from a committed Roman Catholic family in Bombay, I used to seek out the Stella Maris establishments where ever my ships docked.  I always had a warm welcome.

In October 1959 I found myself signing off on the Tyne in the evening.  Rather than travelling down to London, I stopped over at Westoe Towers, South Shields – the Stella Maris hostel for seafarers for ships on the Tyne.  There I met the light of my life, Irene Stewart from Hebburn on Tyne. We were married in May 1960 the day after I passed my Chief’s Motor Endorsement examination in Newcastle.

On the night before our wedding Dad turned up unexpectedly in Hebburn expecting to surprise me.  Unfortunately, he had no hotel booking! Having never left India in his life, the pub landlord near the railway station directed him to the presbytery of St. Aloysius RC Church where Irene and I were to be married.  The parish priest, Fr. James Walsh phoned  Fr. Fitzpatrick the resident chaplain in Stella Maris (Westoe Tower) where I was staying and he together with the doughty Miss Gallagher, the matron, obligingly accommodated my Dad.  I recall Fr. Fitzpatrick consoling Dad that evening over a bottle of whisky, because his surprise had been foiled – Dad loved his whisky!

Whereas until then Stella Maris has been a safe place in all the ports had I visited, she became very special to me in South Shields. When I eventually became a Surveyor with the Board of Trade, and eventually wound up in their headquarters in London, I used to promote Stella Maris (Apostleship of the Sea) in my parish in Hemel Hempstead until a few years ago when I found a lady dedicated to take on that activity.   But I stay close to Stella Maris

I enclose a couple of photographs of the young hostesses who volunteered to befriend us under the close supervision of the doughty Miss Gallagher (I never discovered her Christian name) and some of the seafarers who enjoyed their company.

One comment on “Meeting the light of my life”