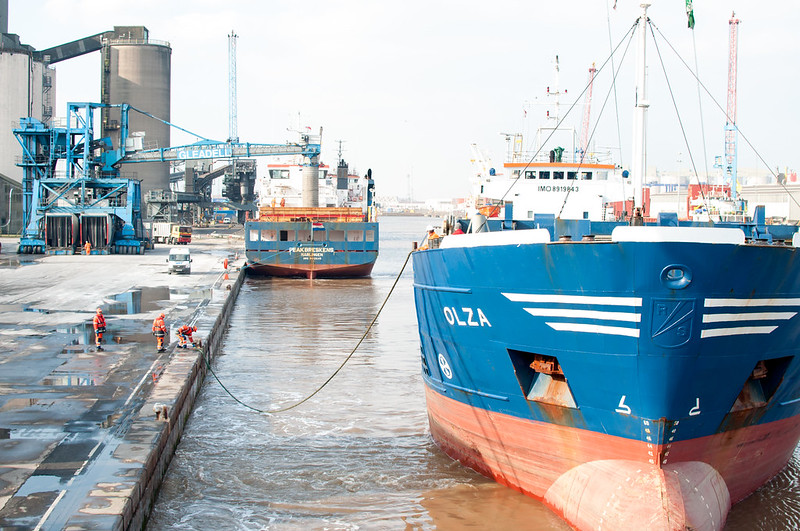 I had gone to meet with Father Colum Kelly, the Immingham port chaplain one May afternoon in 2009 on business unconnected to Stella Maris. little did i know what was about to happen. As our meeting finished Colum asked me if i would like a look around the docks and maybe accompany him on a ship  to see what his work entailed. I was given appropriate  ‘gear’ to wear and off we went. After visiting 3 ships I was in awe of it all and became a volunteer ship visitor. My first encounter with a seafarer is one I will always remember. His name was Thomas and he was part of an Indian crew. Our conversation began with me asking him how he was and about his family back at home. He told me he was missing his fiancee. I asked if he had a picture and he got out his phone to show me. She was beautiful and I told him so, apparently he was going to text his fiancee and tell her I said that! Thomas then asked me about wedding venues as they were trying to choose/decide on one and he began scrolling through his phone showing me the various places they were looking at, expecting my opinion on each one!! We continued chatting about how exciting a wedding was and the start of a new chapter in his life. I told him him a little about my own wedding many years before and the gift of two beautiful daughters. He thanked me for my time and looking at his pictures and our chat ended. I often wonder how the wedding went and how Thomas is. This first encounter was to lead me to see how important ‘being present’ for the seafarers is and the value of time and stories shared.