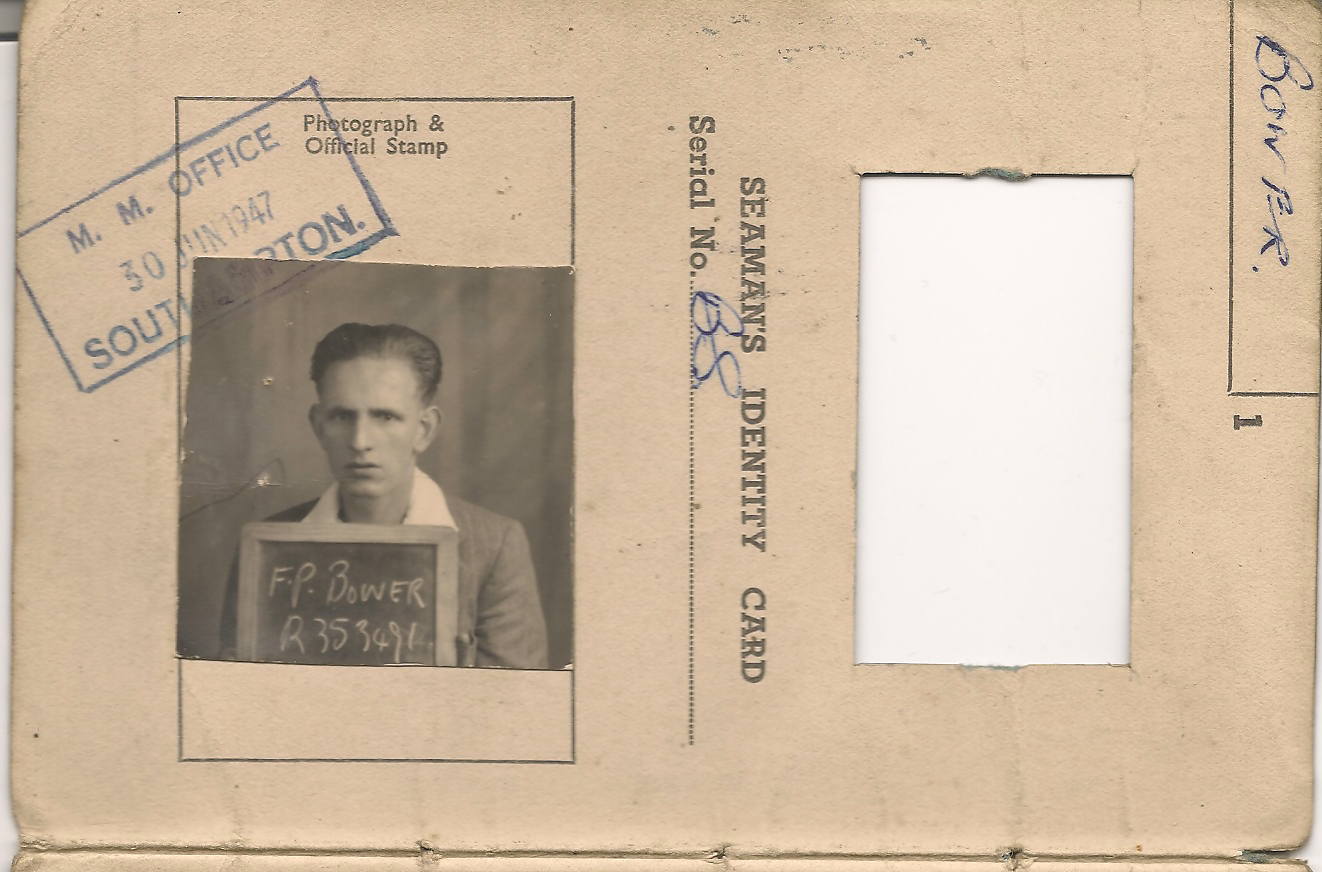 As a child, Fred walked miles with his family to get to Sunday Mass and when he joined the Merchant Navy in 1947 he sought out the Seaman’s Missions in the ports he visited.  The first attachment is a picture of Fred when he joined up.  The second attachment shows the ships he sailed on between 1947 and 1954.

Born in Southampton and his dad a seaman, it was not unexpected that he would choose a life at sea.  As a young teenager in WW2, he joined the Home Guard, patrolling Southampton docklands.  Before he was old enough he signed up for the Royal Navy by changing his birth year from 1925 to 1924.

While away from home for lengthy periods, Fred understood the need to seek comfort and strength from his Christian beliefs.  So when the other crew members were leaving port and heading for the bright lights of the nearby town or city, Fred would look for the seamans mission.  He said it was there that he could find spiritual support and good company.